For those who reflect, it is obvious that much progress has been made from 1975 to now under the leadership of Imam W. been Muhammad. In fact it has been stated that 'we have evolved like the butterfly", coming out of that cocoon to a marvelous creature. However, we must forever be grateful to Allah, most of all, and to those sincere pioneers that had the determination and grit to weather the storms of the earlier years and join together to form the nucleus of the local muslin community.


We'd like to share this brief historical summary of our local community's development. First we note that just as our national ummah went thru name changes: "The Nation of Islam' - 'The World Community of Al-Islam in the West' - 'The American Muslim Mission' and today "The Muslim American Community', locally we went from 'The Temple of Islam' to 'Muhammad Mosque #38" to 'The Columbia Masjid of Al-Islam" to 'Masjid As-Salaam" today.

The ummah got its start in Columbia in 1959 after a few people heard the fiery teachings of the late Honorable Elijah Muhammad. For several years, meetings were held in the private homes of the Believers... Believers were threatened --and some even lost their jobs. The first membership consisted of sisters only - Sis. Johnnie Mae, Mary Stroman, Marie Hines, Annie Al- Kareem, Mary Bilal and Sis. Alberta. Later on three brothers came to the community, Brothers Jimmie Carter, Bilal Muhammad, and Gus Akbar.
In the period from 1959 - 1972, Thomas Shabazz served as the first minister for  the community. Under his leadership, the Temple was located at the following addresses: 1959 - Carpenters Hall at High and Gervais Streets; 1961 - at 1106 Harden and Gervais St.; also Harden k Taylor St.; 1962 - at 2217 Waverly st.; 1966 - 67 on Washington Street; 1970 on Barnwell Sts.

The first Muslim School in Columbia, Muhammad's University was opened in 1970. At that time the school consisted of 3 teachers and 29 muslim students with ages ranging from 3 to 17 years (grades preschool - 12th grade). Also, during this period, there were four thriving businesses in the Columbia Area: (1) Shabazz Bakery - 1924 Hampton St. (2) A Record Shop on Park St. (3) Steak & Take on Pine St., and a Steak k Take on Beltline Blvd. The land we now have in our possession on Surrey St. was purchased around this time with the help of funds from Chicago. In 1972, Thomas Shabazz left the community and Bro. R. Bashir assumed the leadership. Bro Bashir was in office from 1972 to around 1976. 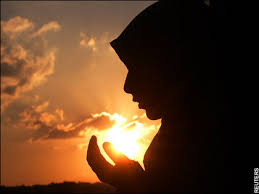 From 1975 - 1977 marks a major period of transition. It was during this period when Imam W. Deen Muhammad assumed the leadership of the national community in 1975 and began implementing changes in the organizational structure and our mind structure. Thru many telephone network connections, we began to hear the pure teachings that set us on the path of Al-Islam. I t was during this period that we made another move to 4000 Monticello Road. After Bro. Bashir resigned in 1975, Bro. Rashad Madyun served as Imam for several months. It was under his leadership that the Jumah Prayer Services were established as taught by our leader and teacher, Imam W. Deen Muhammad. After Bro. Rashad's resignation in 1976, Bro. Fardan served as Imam for approximately one year. During this time a very successful banquet, recognizing the Faithful Leaders in the Community was held. Bro. Fardan left the state in 1977.

From 1977 - 80, Bro. Ameen Maqbool served as Imam. Under his leadership we were taught quite a bit of arabic; how to recite the opening chapter of the Holy Qur'an in arabic and how to properly make salat. Imam Maqbooi's efforts were responsible for the establishment of Islamic Services at Fort Jackson on a regular basis. Also, under his leadership, we moved to our present location at 5119 Monticello Road. From 1980 - to the present, Imam Omar Shaheed has been our Imam and we thank Allah for him. It really would take longer than this brief summary is intended to reflect on all the achievements of the community since 1980. However, under Imam Shaheed's leadership we have: ventured to the outer community on many t.v.  and radio talk programs; we hosted the New World Patriotism Day for the Southern Region; we began joint Eids with our foreign born muslim brothers and sisters; we sponsored several community clean-up campaigns; we had our leader  Imam W. Deen  Muhammad here in Columbia twice; several Educational Banquets; the opening for  reopening) of Sis. Clara Muhammad School; and we are now purchasing our own  Masjid and have paid for the adjacent lot.

Yes, today, every Friday when the adhan is called, many believers take the opportunity as commanded by Allah in Al- Qur'an, to leave their jobs, homes, and businesses and come to Al-Juma. As we have reflected in years past, the Muslims in Columbia have not always had that freedom to worship Allah openly. So, we pray that Allah will continue to bless us and that we be the community of Muslims upholding the banner of Al- Islam as it was upheld by the Prophet's companions (S.A.W.S.)